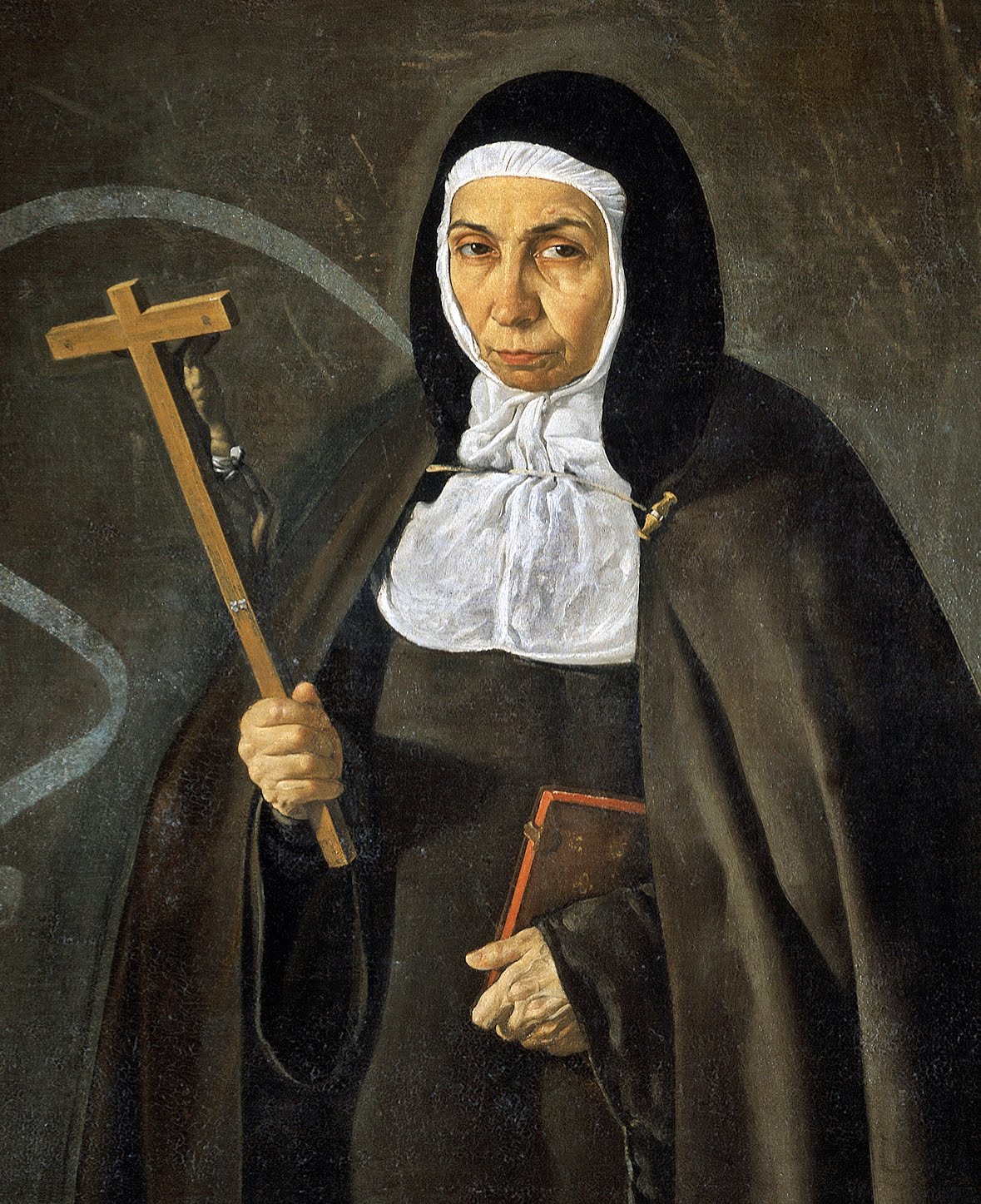 Known For: Being the first female missionary to the Philippines

It’s amazing how many adults remember the first books they ever read. Ven. Jeronima certainly did, but it went beyond mere sentimental musings. At age four she read a life of St. Clare of Assisi, which would lead her years later to bring the Franciscan contemplative life to new soil.

Born into a noble family in Toledo, Jeronima was 14 when St. Teresa of Avila founded one of her great reformed monasteries there. While many girls applied to enter the Carmelites, Jeronima had her heart set on the Poor Clares. Her parents weren’t enthused, however.

God provided a way out when a typhoid epidemic struck the city and Jeronima fell gravely ill with the dreaded sickness. She told her distraught parents that since her recovery was hopeless, they might as well promise that if she did get better, they’d allow her to enter the monastery. They agreed. The plot thickened when Jeronima also developed an eye infection: her parents renewed their promise. Providentially, Jeronima was cured, and entered the Poor Clares of Santa Isabel in Toledo on August 15th, 1570, the Solemnity of the Assumption.

Jeronima dove into the life wholeheartedly. However, something was lacking to her contentment: her community followed a relaxed rule which didn’t observe St. Clare’s original ideal of Holy Poverty. If only she could observe St. Clare’s First Rule.. still, she had a life that was personally intense and involved many mystical experiences. All this served to prepare her for the great task of founding a monastery in the Philippines (a flourishing Spanish colony at the time), becoming the first woman missionary in that land.

She definitely possessed heroic patience and stamina: plans for the foundation began in 1599, but she didn’t leave until 1620 at age 65! Obviously, travel wasn’t as smooth as it is now, either. But it was worth it: their new community in Manila would follow the First Rule of St. Clare. This meant they could live Holy Poverty as Jeronima had always dreamed. Still, like Clare before her, Jeronima (Abbess of the new foundation) encountered great opposition to their absolute poverty from well-meaning friends. God’s will triumphed as always, and eventually the community could live the Rule in peace.

After 10 years of zealous Poor Clare missionary living, Mother Jeronima, who never possessed robust health (having chronic illnesses, hernias, kidney stones, etc.), died on October 22nd, 1630 at 75 years of age. Her soul winged its way as the sisters and priest praying around her said the words, “Come, my chosen one” (cf. Song of Songs 2:10).

Popular veneration of “The Saint” began right after death. When the monastery was bombed by the Japanese in World War II, her tomb (at the current monastery in Quezon City) remained unharmed. Numerous modern testimonies claim a wide variety of medical cures through her intercession and use of her relics, from toothaches to bladder infections to asthma. Her cause for beatification has been introduced, so pray for more miracles!