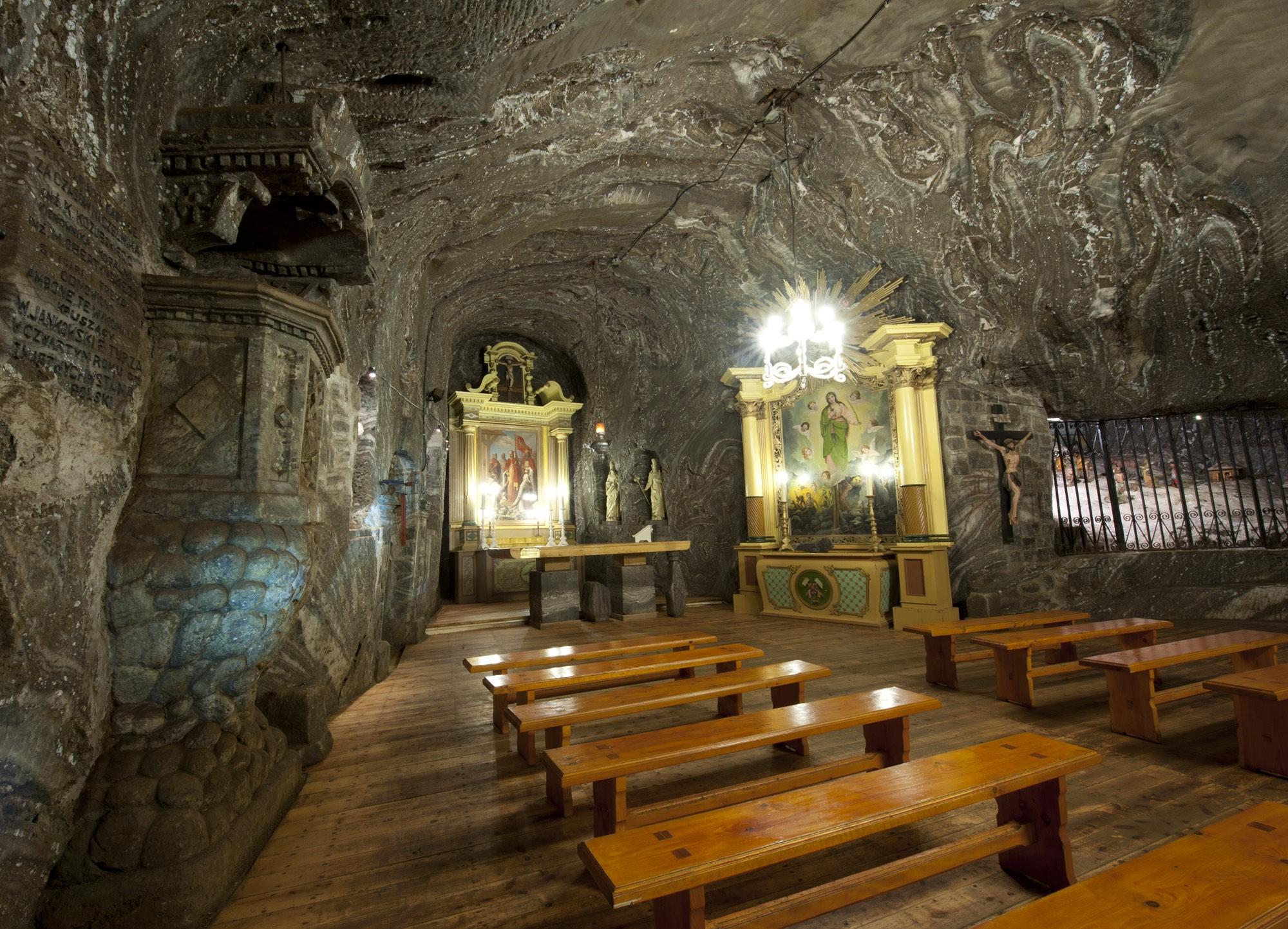 Posted at 12:05h in Saint of the Month by SiteAdmin

Born: 1224
Died: July 24th, 1292, Sandec, Poland
Patron Saint of: Poland, Lithuania, Salt Mines
Known For: her special patronage of the Polish people
Fun Fact: her family was filled with saints! Her aunts included Sts. Elizabeth of Hungary, Hedwig, and Agnes of Prague. Her biological sisters were St. Margaret and Bl. Jolenta, and Sts. Elizabeth of Portugal and Salome were her cousins.

“Hail, Queen of Heaven, Mother of the King of Angels!” As a little baby, St. Kinga was heard uttering these words. When most children can barely say “Mama” and “Dada,” Princess Kinga, daughter of the King of Hungary, was praising Our Lady. Such a spiritually precocious beginning probably led her to imitate our Blessed Mother by consecrating her virginity to God. When she married  Duke Boleslaus, who would eventually become King Boleslaus the Chaste of Poland, she convinced him to do the same. Thus their married love bore a special resemblance to that of Mary and Joseph.

Kinga proved herself a queen after the heart of the Queen of Heaven. She raised and mentored her sister Bl. Jolenta and was deeply involved in nationwide cultural and humanitarian concerns. She had a hand in the publication of the first book in the Polish language. She also became the patroness of salt mines because during her reign, Poland experienced a scarcity of one of their main industrial products, salt. After her fervent prayers, rich salt mines were discovered and the industry revitalized to a hitherto unprecedented level.

Upon her husband’s death, she entered the Poor Clare monastery in Sandec which she and King Boleslaus had founded. There she lived for 13 years, laboring at tasks outwardly insignificant but in the eyes of God no less great than the monumental projects she had carried out as queen. Like St. Clare, she too warded off invaders: the nuns had to evacuate the monastery due to a Tartar invasion, but their hiding place was discovered. Kinga, full of the spirit of faith, prayed boldly. At this the Tartars were scattered by some invisible force and the sisters were safe.

After serving as a humble and loving abbess, she died in 1292. One of the last things she said to her community as they prayed around her deathbed was, “Make room, do you not see our Father [St.] Francis coming to assist me?” Early biographers attest that after her death, almost 100 corpses were miraculously resuscitated at her tomb.