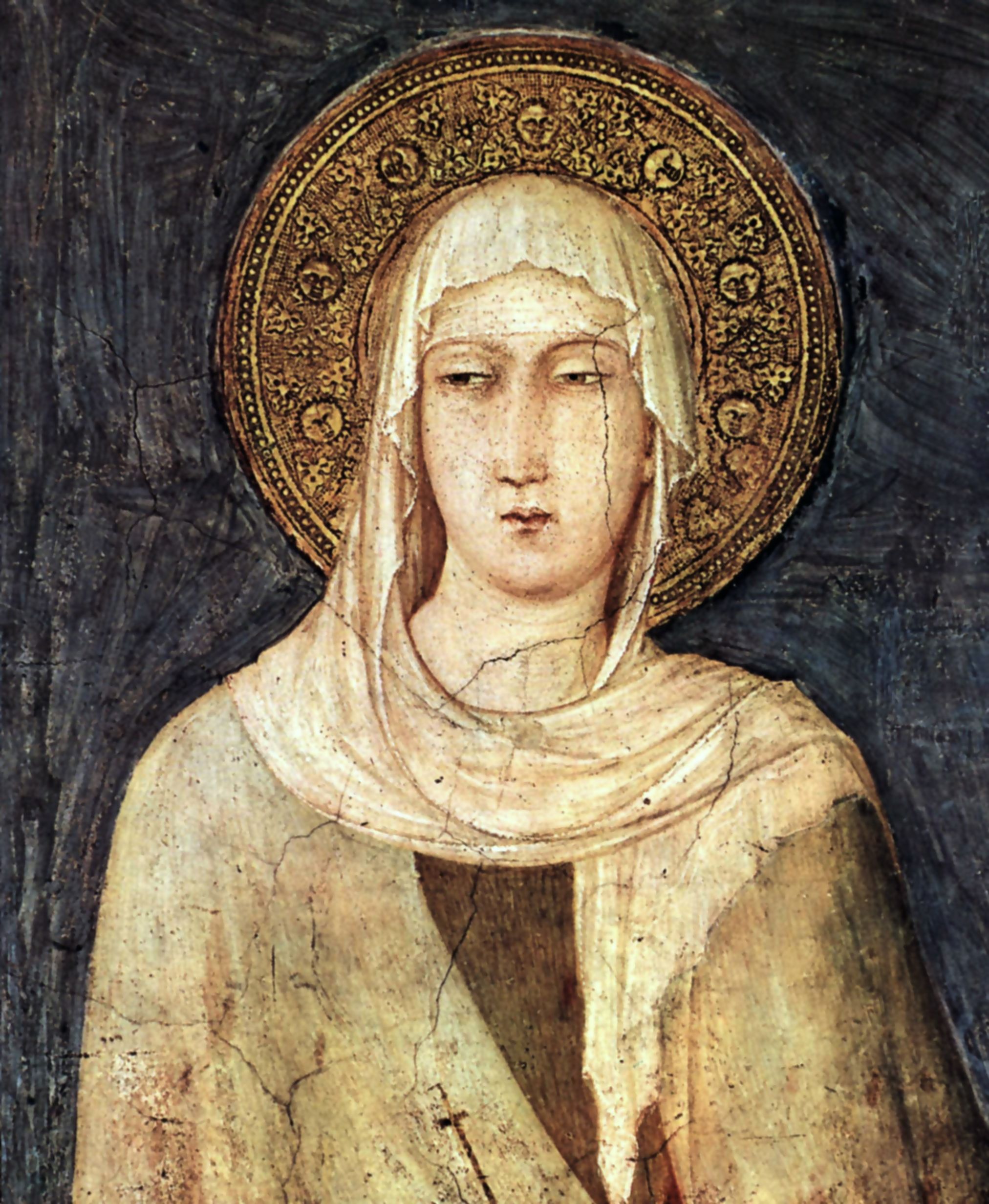 09 May St. Catherine of Bologna

Known For: her many writings, especially The Seven Spiritual Weapons

Fun Fact: She is the only saint known to have painted her self-portrait! In addition, she’s incorrupt.

St. Catherine of Bologna, one of the better-known Poor Clare saints, certainly lived a full life: born on Mary’s birthday in 1413, she became a lady-in-waiting for the noble Margaret d’Este in Ferrara at a young age. She had all the world could offer her in court life, but it left her empty. So when only 14, after Margaret married and Catherine’s father died, Catherine joined a group of Franciscan Tertiaries to begin a life of joyful penance. This little group felt called to embrace an even more radical form of religious life, so they became Poor Clares. Thus was established Corpus Christi Monastery in Ferrara, where Catherine would live about 30 years, many of which she spent as Novice Mistress. Although a very level-headed Sister, she experienced many extraordinary mystical phenomena (such as a vision of the Christ Child and drinking from a mysterious chalice of suffering). In 1456, she returned to her native city to start Corpus Domini Monastery, where she served as Abbess and died in 1463. (Her widowed and blind mother, Bl. Benvenuta Mamellini, entered this community while Catherine was in office.)

Her long tenure as Novice Mistress led her to record many practical tips for the spiritual life, so her legacy lives on in several writings. On her deathbed she gave her confessor The Seven Spiritual Weapons, her most famous work. (She’d already written and burned it once, but that’s another story.) It gives practical and tried advice for resisting the Devil’s attacks in seven categories. They are:

1) Diligence – we should be eager in doing good and following every new inspiration of the Holy Spirit,

2) Distrust of Oneself – we should follow the poor, humble Christ’s example instead,

3) Confidence in God – in dark moments, we should simply cry out to the Father, like Christ on the Cross,

4) Remembrance of the Passion and Death of Christ Jesus – she calls this the most important weapon and “a remedy for our every wound,”

5) Remembrance of Our Own Death – though she lived centuries before St. Faustina, she counseled her readers to remember “the present time is called the time of mercy,”

6) Remembrance of Paradise – we should learn to take joy in our present sufferings because if heroically borne they will only increase our eternal happiness, and

7) Remembrance of Sacred Scripture – she counsels us to savor all the Bible passages we hear and keep them like special notes from Jesus.

She also wrote The 12 Flower Gardens of Perfection, a poetic and scriptural work on progress in the spiritual life. There she teaches us this fantastic deliverance prayer against the demons of sin: “[In the Name of Jesus] away, root of sin, food of bad actions, pasture of death. Away, because now I have been taken by another lover [Jesus].”

Many of her writings deal with heavy topics, so much of it is quite serious. She compares the soul being purified as metal being pounded “between anvil and hammer.” Nevertheless, she could have a delightful sense of humor, especially when curbing vanity in her sisters. “My daughters,” she would say, “When you are tempted to arrange your veils and your habits nicely, give them a twist instead. It’s a practice of mine.”

Vigri, Catherine. The Twelve Flower Gardens of Perfection. Trans. into Spanish by Thomas Galvez. (Translated into English by a deceased Sister of our Community.)