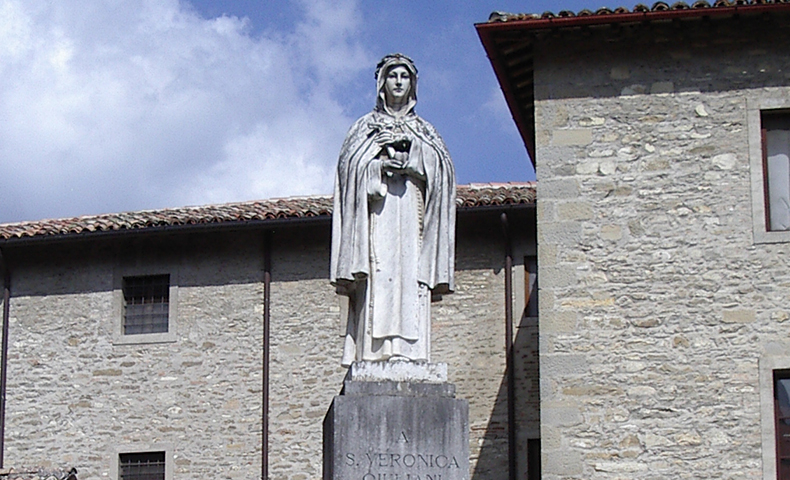 Posted at 07:00h in Saint of the Month, Uncategorized by SiteAdmin 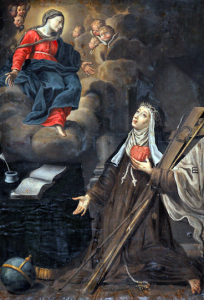 Young Ursula Guiliani (Veronica would be her religious name) appears to have been something of an eccentric. She recounts in her Diary that around preschool age, “I began to enjoy hearing the lives of the saints, but without full understanding. I remember that when I heard that they suffered much, I too wished to suffer, and because I did not know what to do, I would strike my fingers with stones.” These were the humble beginnings of a life of heroic sacrifice motivated by Divine Love.

When she was seventeen, and after plenty of arguing with her father, she entered the Capuchin Poor Clares at Citta di Castello. There her devotion to Christ Crucified grew to more extraordinary heights, and the mystical phenomena, including visions and ecstasies, which she had experienced before she joined the order continued. These were coupled with great interior suffering, but Jesus once said to her, “I was here, entirely hidden… I am in you; who else are you seeking?…I am hidden in the cross.” Her ability to see the value in suffering offered for the love of God would sustain her in the storms of life, as she said, “I unite myself with that abandonment by the Father, which so tried You in the garden and on the cross.” She believed, “In the midst of abandonment, one comes to know God.”

Because of her exemplary life, she was elected novice mistress (the sister designated to accompany those aspiring to total consecration to God in a given community). But then she received the Stigmata one Good Friday and the Crown of Thorns at a later point. Fearing a hoax, her community removed  her from her office and Rome appointed a commission to verify the authenticity of these phenomena. During this time, Veronica was isolated from and ridiculed by the other sisters, deprived of Holy Communion, and only allowed to attend Mass on Sundays and holy days (even then only from a distance). Surely she understood better the Agony in Gethsemane after undergoing this trial.

Eventually she was deemed authentic, and her community (perhaps somewhat sheepishly) once again accepted her, even electing her abbess. They must have been proud to have a stigmatist for a superior, but Veronica only sensed how unworthy she was of the Holy Wounds. Jesus consoled her, though (in his own way) by saying he had given the Stigmata to her to show the world the power of Divine Mercy in an ungrateful soul.

Her zeal for souls was truly fervent and goes to show there is nothing limiting about the cloister for a heart on fire with the Holy Spirit:

There was enkindled in me so great a desire that God should be loved and known by all, that I could not bear that anyone should offend Him. … Going to the garden, I invited sinners and all the world to love our highest good.  With each call, I felt my heart leap, and I felt Our Lord present in it.   And I called louder, “Come, souls redeemed by the blood of Jesus.  I call you, I invite all of you to the wounds of Jesus.  Hurry, hurry, do not delay.   Divine love waits for you.”

Her intimate conversations with Christ also show us the power of consecration to the Sacred Heart:”[I offered Him my heart, and] He placed it in the wound of His side and let me see the heart therein all resplendent. The heart had become as one flame.”

It has been said that the one-line description of Franciscan spirituality is “an ardent love of the Crucified Savior.” Through total dedication to her Spouse’s wishes and uncompromising charity, perhaps St. Veronica Guiliani can serve to remind us, next time something unpleasant crosses our paths, to take the opportunity to prove our love for Christ, who proves His love for us in so many ways.

After 50 years of monastic life and many more trials, Veronica Guiliani passed away at age 67.

Lazzaro, Iriarte.  The Gospel Virtues in the Teaching of St. Veronica.  7.  Private publication.