Retracing the origins of our Rockford Foundation leads us to the very beginning of the form of life when our Holy Mother St. Clare's consecration was received by our Holy Father St. Francis in 1212 at San Damiano in Assisi, Italy. In 1263 the Sisters moved to the Protomonastery adjoining the newly built Basilica of St. Clare because San Damiano, on the outskirts of the city, was considered to be unsafe. On two occasions during our Foundress’ life, the soldiers scaled the walls of San Damiano in an aggressive attack but a POWER much greater than their own miraculously forced them to turn away. To this day the nuns trust in the words spoken audibly by Our Lord to St. Clare: “I will always protect you.” 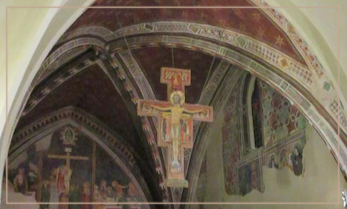 The Monastery of Poor Clares was founded in Rheims, France from San Damiano. This was the first Poor Clare monastery outside Italy. The Archbishop William de Joinville met Holy Father St. Francis at the Fourth Lateran Council and asked for Sisters of the Second Order to come to his diocese. Since the Second Order was still in its initial development, it took awhile before Holy Mother St. Clare appointed Mary de Braye as leader of the a small expedition to France. 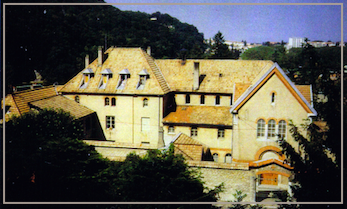 The Besançon monastery was founded in France in 1290 and reformed by Holy Mother St. Colette in 1410. She was invited to take over this monastery where there were only two elderly nuns. The pope authorized Holy Mother St. Colette to take possession of the monastery on January 27, 1408 but it was not until two years later, on March 14, 1410, when she and her sisters chosen to make this foundation were able to travel there due to the unstable conditions from the war going on at the time. The Countess of Geneva herself accompanied them with a large retinue of attendants. It was here at Besançon that St. John Capistran met with Holy Mother St. Colette saying to her, “I believe that your reform is according to God and St. Francis; persevere as you have begun because God is with you.” 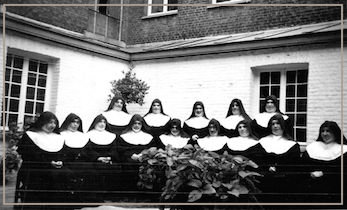 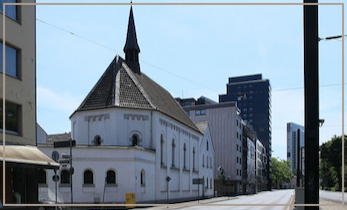 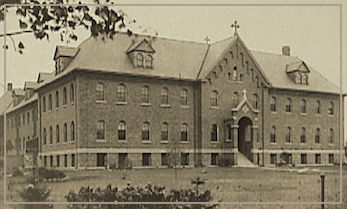 The Cleveland, Ohio monastery was founded from the monastery of Düsseldorf, Germany. During the ‘Kulturkampf’ the Sisters received decrees of the ‘Kloster-gesetz’ May law proclamation in 1875 which forcibly expelled all religious except those working in hospitals. All the Sisters preferred banishment rather than returning to secular life. Father Maasman, O.F.M., governing the province during Father Gregory Janknecht’s absence, found refuge for them in Harreveld, Holland. Fr. Gregory Janknecht was in America arranging a house for five or six Sisters to come to Cleveland, OH. They arrived at the monastery on December 15, 1877. The voyage was a rough one. On the first night alone, 30 ships were lost in the stormy seas off the coast of England. 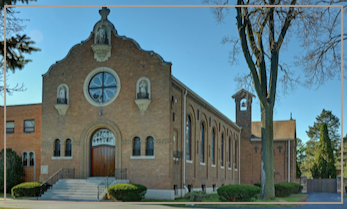 Our monastery here in Rockford was established from the Cleveland, OH monastery. When Bishop Peter J. Muldoon was appointed bishop of the newly erected diocese in 1808, he contacted the Abbess of Cleveland asking her to send Sisters to his new vineyard. In 1916, this foundation was finally able to be made and June 29th is declared our foundation day. Each year we thank God for the graces we received and ask Him to continue to give us the grace to persevere to the end of time. 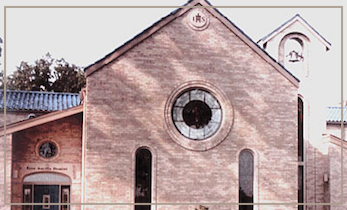 In 1995, eight sisters left Corpus Christi Monastery in Rockford to respond to the request for a foundation in the Diocese of Joliet. A suitable property was acquired in Minooka but it took three years for the establishment of the new monastery to be completed. Annunciation Monastery was solemnly dedicated on October 15, 1998 and placed under the patronage of Our Lady of the Annunciation. On that day Papal Enclosure was also established.

Our Monastery and Chapel History