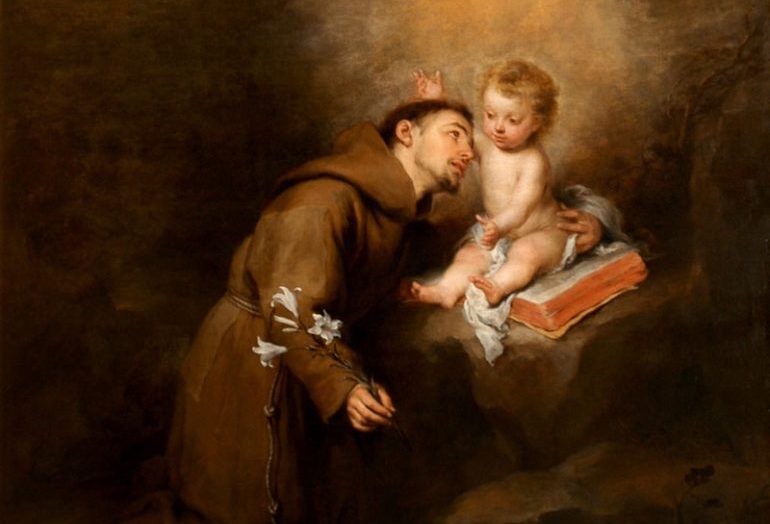 Posted at 08:53h in Uncategorized by SiteAdmin

Today marks the blessed Feast of Saint Anthony of Padua, a powerful Franciscan preacher and teacher.

“Saint Anthony was born in Lisbon, Portugal near the end of the twelfth century.  He joined the Canons Regular of Saint Augustine, but, shortly after ordination to the priesthood, transferred to the Friars Minor to devote himself to spreading the Faith among African peoples.  He had his greatest success, however, preaching in France and Italy and converting heretics.  He was the first member of this Order to teach theology to his brethren.  His sermons are notable for their learning and gentleness.  Saint Anthony died at Padua in 1231.”

The man who is filled with the Holy Spirit speaks in different languages. These different languages are different ways of witnessing to Christ, such as humility, poverty, patience and obedience; we speak in those languages when we reveal in ourselves these virtues to others. Actions speak louder than words; let your words teach and your actions speak. We are full of words but empty of actions, and therefore are cursed by the Lord, since he himself cursed the fig tree when he found no fruit but only leaves. Gregory says: “A law is laid upon the preacher to practice what he preaches.” It is useless for a man to flaunt his knowledge of the law if he undermines its teaching by his actions.

We should speak, then, as the Holy Spirit gives us the gift of speech. Our humble and sincere request to the Spirit for ourselves should be that we may bring the day of Pentecost to fulfillment, insofar as he infuses us with his grace, by using our bodily senses in a perfect manner and by keeping the commandments. Likewise we shall request that we may be filled with a keen sense of sorrow and with fiery tongues for confessing the faith, so that our deserved reward may be to stand in the blazing splendor of the saints and to look upon the triune God.