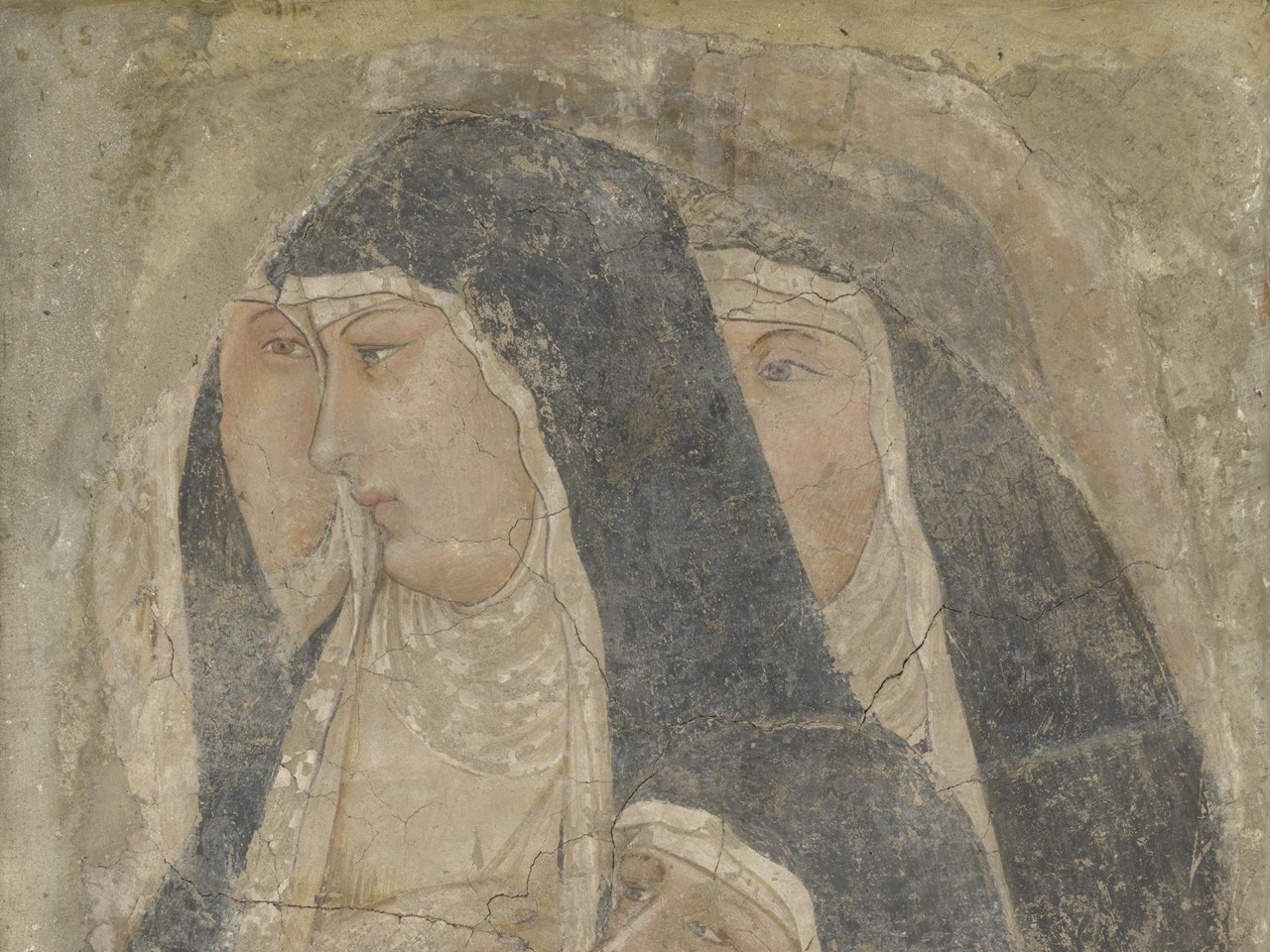 Known For: being an original follower of St. Clare and a witness for her Process of Canonization

We’ve seen how common saints from the same family are in Poor Clare history.  Bl. Amata of Assisi is no exception: she was St. Clare’s niece. Born into the noble family of Don Martin di Cora and Donna Penenda (St. Clare’s older sister), Amata grew up vivacious and pleasure-seeking. Though close to Clare while growing up, Clare’s pious ways left little impression on the young girl. It was a little impression though, and not nothing. Later, when Clare was behind monastery walls and Amata was engaged, Amata thought it might be smart to go ask Aunt Clare for prayers as she took this important step.

The meeting didn’t go as she’d  planned. As soon as she finished stating her prayer intentions, Clare launched into an impassioned speech on the glory of spiritual marriage with Christ. It captured Amata’s ardent heart, and when her friends and fiancee came to take her home, their desperate and violent pleas couldn’t make her budge. She would remain with Clare.

Sister Amata was aware of her need to atone for her former garish lifestyle, but was equally aware of Jesus’ tender mercy for a penitent heart. Consequently, she entered and persevered in religious life at San Damiano with special zeal. At some point Clare revealed to her that she (Clare) had been praying that  Amata would see the emptiness of passing things and become a nun. This prayer was answered impressively in Amata’s life.

One of the many and varied trials Amata surely met with was chronic illness: for 13 months she had flu symptoms combined with severe abdominal pain and dropsy. Her stomach was so bloated, Clare’s Process of Canonization says, that bending forward was nearly impossible. But her sadness turned to joy when St. Clare made the sign of the cross over her, healing her completely and permanently.

Amata also had the great privilege of caring for Clare when death drew near. The Princess of Poverty, a classic biography of St. Clare, says the two women experienced mystical visions together at that time. The Process also says that “When Lady Clare was close to the end… on the Friday before her death, she told [Amata], who remained alone with her, ‘Did you see the King of Glory as I saw?'” She died a few days later, after repeating the question several times.

Amata lived just long enough to witness to St. Clare’s sanctity for her canonization. She recounted many inspiring anecdotes from the Saint’s life that have become legendary. Bl. Amata herself died about 1255. Though most don’t know her name, the words written of St. Clare in her Bull of Canonization could easily be applied to her:

While this light remained certainly in a hidden enclosure,

it emitted sparkling rays outside.

She shone forth in life;

she is radiant after death.

The Princess of Poverty by Fr. Marianus Fiege, O.F.M. Cap. Published by the Poor Clares of Evansville, IN, 1909.