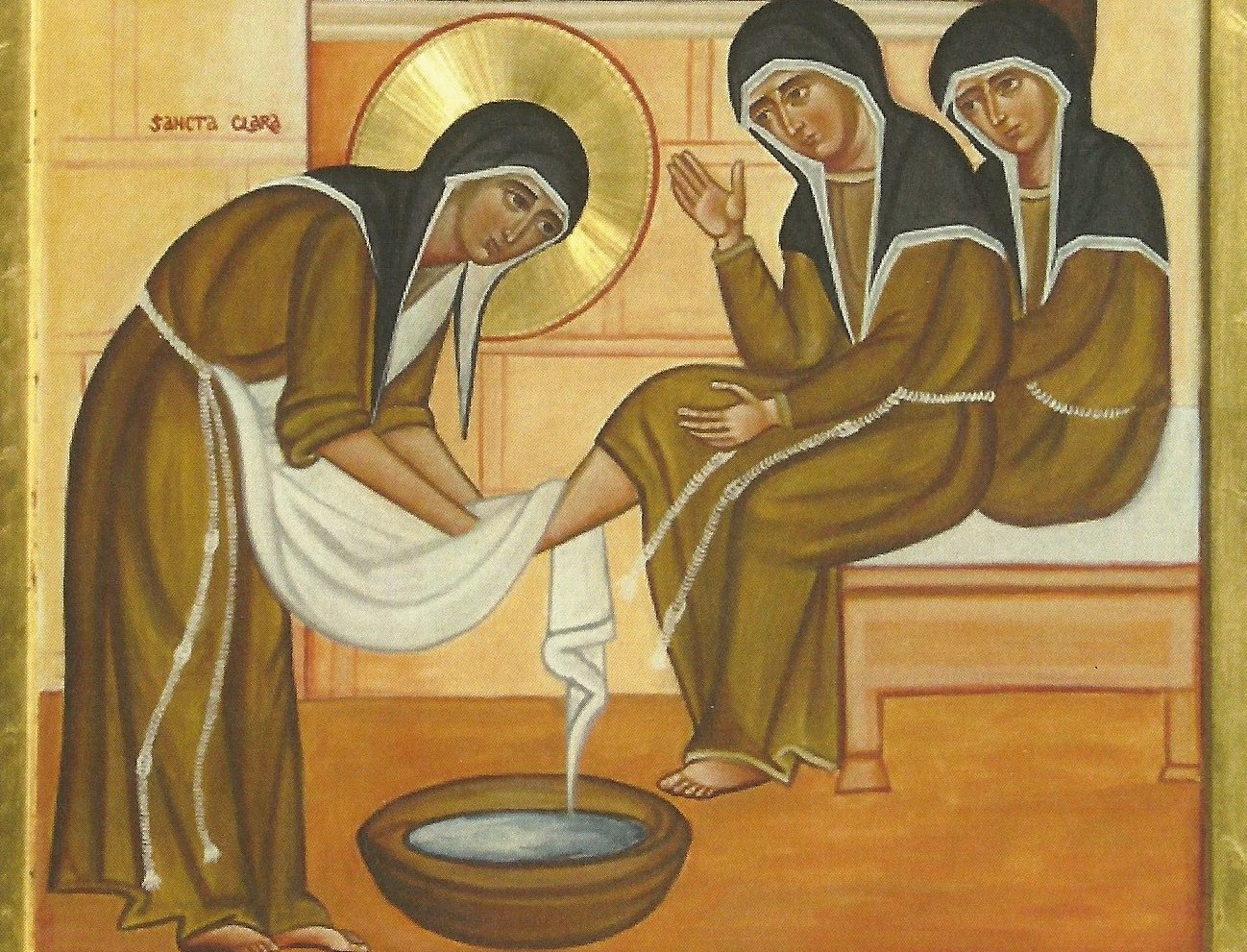 Sister Mary of the Holy Trinity
Born: April 26th, 1901, Pretoria, Transvaal, South Africa
Died: June 26th, 1942, Jerusalem, Israel
Known For: her notes on her conversations with Christ
Fun Fact: Her Poor Clare community in Jerusalem often rose at Midnight to say, not Matins, but the Rosary. This was because they had to observe black-out regulations during World War II. They could say the Rosary in the dark, but not Matins.

“There is no God – what people say about him is nothing but a farce – life is not worth living.” Her roommate had just turned out the light and Louisa Jacques lay in bed, internally crippled by this sudden conviction. She had been raised by a Protestant missionary father and stepmother in South Africa, growing up in a tight-knit family. Drifting from job to job and illness plaguing her, she stopped praying. Now she only wished to die.

Suddenly a woman appeared at the foot of her bed, dressed like a nun. The level-headed Louisa would surely have dismissed the vision if she thought it was an illusion; she didn’t. “She said nothing,” Louisa recounted, “yet a ray of light had penetrated into my despair: before losing all hope in God, there is still one thing I can do: I will go and pray in a convent.” But she didn’t want to enter while her father was alive because of the sorrow it would cause him, so she waited.

She spontaneously possessed a desire for the cloister, though she wasn’t Catholic (nor did she wish to be) and she had no money, no support from her family, and lingering tuberculosis. But work brought her to Milan, where she spent free time exploring the Churches and eventually attending daily Mass because, “I had no idea what was going on, but I was drawn there.” Seeds were being planted.

Then her friend Verena, an intelligent and educated woman, converted to Catholicism. As they spent a holiday together in the Alps, Louisa was struggling interiorly. Verena perceived this and told her, “[Our Lord] makes Himself very small in order to come to us, hidden under the appearance of bread, so as to help us… If only you knew…” These words filled Louisa with a desire to received the Holy Eucharist, and it was this desire that ultimately brought her into the Church. She was baptized on March 18th, 1928, the same date as St. Clare began her form of life over 700 years before. She received First Communion the next day.

Then she began a long search for a convent home. She visited, applied to, and entered several communities, but due to her health, mentally ill superiors, and other problems, nothing worked out. Her family’s pain at her defection to Catholicism was also a great trial. In her own words, “I could have escaped from it, because I did not at all see it as the will of God, which I was seeking in a groping way. But then I would have lost an inner peace deep within myself, a peace without which I could not live.”

Thinking she had no vocation, though she held out “a faint hope,” she stopped in Jerusalem on the way to a new position as a governess. Having the address for the Poor Clare monastery there, she stopped in their chapel during Adoration. A sister approached to ask how she got in and then, without Louisa instigating anything, she asked if she wished to enter. On June 30th, 1938, she joined the community. Two years later, she professed vows.

Typhoid fever would claim her life after only four years in the monastery, but in that brief time she managed to record, in obedience to her spiritual director, nearly 700 inner locutions she had received from Our Lord. Although not yet declared to be of supernatural origin, the notes are free of any doctrinal and moral error and contain much practical wisdom for living in common, receiving the Sacraments, and other spiritual topics. Jesus told Sr. Mary that he desired souls to imitate his Eucharistic life – silent, obedient, hidden, humble, but offered for the good of the entire Church. We include a few of these notes to end this biography:

“I am in the Holy Eucharist – I am in you and in your Sisters. Each time you approach one of your Sisters, you meet Me anew, you renew your Communion with me.

“What more could you want…?”

384. “My little daughter, remember, a kind act is never, never lost. There comes an hour when he who benefited by it remembers it. And that kindness cheers, gives sweetness and confidence.

“Do not tire of doing good.”

389. “Be charitable, above all in your thoughts; the rest will take care of itself.

“You will never regret having been mistaken in judging a person to be better than she is, because you must see in others what they are capable of becoming with My grace, and not stamp them according to what they are at the time.”

“I am still obedient to the voice of men, not only on the altar; but do I not obey you when I grant the prayers of the humblest of my creatures?”

582. “It is impossible for you to know the value and the virtue of others, but you will never have too great a respect for souls, because I have redeemed them all at the price of My Blood.”

The Spiritual Legacy of Sr. Mary of the Holy Trinity,  Rockford: TAN Books, 1981.