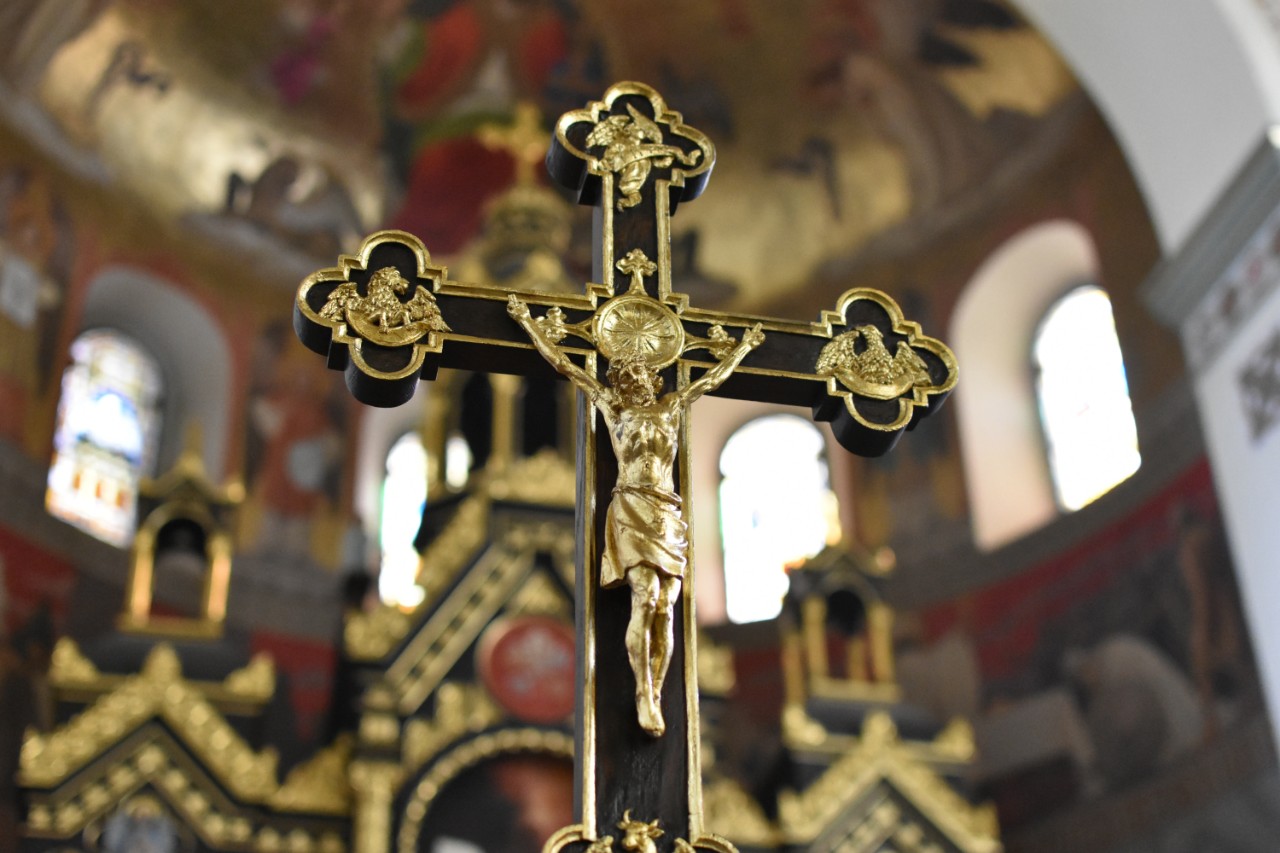 30 May Blessed Marie Celine of the Presentation

Blessed Marie Celine of the Presentation
Feast Day: May 30th
Born: May 23rd, 1878, Nojals, Dordogne, France
Died: May 30th, 1897, Talence, France
Known For: her heroic example as a young nun
Fun Fact: Her legal name was Emilie-Julie. She was baptized Jeanne, but her father called her Germaine after himself. When she attended school, another girl there was named Germaine, so they called her Lucia. This was also her older sister’s name, although her older sister had entered a convent and become Sr. St.-Germaine. Our little Blessed was surely relieved to receive the religious name Marie Celine to reduce the confusion!

An exceptionally holy young nun dies of tuberculosis in a French convent in the late 1800s. Her mother and several siblings have died, leaving her father distraught. Before she dies, she promises, “I will forget no one!” Are we talking about St. Therese, the Little Flower? Although these and other similarities abound, we’re speaking of the Lily of the Cloister: Bl. Marie Celine of the Presentation, a Poor Clare.

Germaine Castang, as she was called, was born into a poor home, unlike Therese. She was the eighth of 12 children. Her father always had a new business venture to try but rarely succeeded, so the family’s financial and living conditions were precarious. For a while he ran a grocery store and things were relatively peaceful. However Germaine, like Therese, was quite sensitive and could be terribly willful: once when refused more of her favorite food at table since she hadn’t eaten her other food yet, she threatened to tell her father’s customers how horrible his food was so they wouldn’t buy any more.

Although this childish threat was not the cause, her father’s income proved insufficient to support the family, and the Castangs had to move to a shack on the outskirts of town that was only about 8 x 21 feet in size. Germaine had already learned about suffering early in life when her left leg became paralyzed, swollen, and infected after playing barefoot in a chilly stream at age four. Now the squalid conditions and her grave infirmity aggravated each other, and she made a pilgrimage with high hopes for a cure. Many would despair in such dire circumstances, but this is where Germaine’s willfulness and sensitivity became virtuous. She did not obtain the desired cure. Rather, she accepted God’s will peacefully and united her suffering with the suffering Christ, becoming a furnace of selfless charity. She helped out courageously with all the chores, and cheerfully looked after her younger siblings. She did her best even to brighten the family’s dark hovel by keeping it swept and tidy and arranging bouquets of wild flowers wherever she could find a little space. When there was really hardly anything to eat, she went out begging, limping along with a wheelbarrow to collect food for the family from neighbors.

After living in such conditions for three long years, her father gained stable employment and Germaine received treatment and surgery for her leg. Shortly after her First Communion at age 14, when she asked God for the grace to become a religious, she was able to attend the “Solitude,” a sort of boarding school for impoverished girls run by the Sisters of Mary Joseph. Before she left, however, death struck the family – three of her younger siblings died, one of pneumonia and two of complications from measles. Her older brother Louis was dying of tuberculosis, too. Shortly after returning to the Solitude, she received news that her mother had died suddenly because of a hernia. The news was slow to reach her and though she rushed home, she only arrived during the funeral service. The coffin was already closed and her last goodbye saw her leaning against it, sobbing. A few days later, Louis also died. The remaining children were split up, her father became reclusive, and Germaine’s leg again worsened.

Prospects of entering a convent were grim: many communities refused her on account of her disability. She was resigning herself to the idea of not becoming a nun when, returning from a church one day, her friend said, “Let’s go say hello to Sr. Marie Francesca at the Poor Clares!” This was an extern sister of the community. While they visited, Germaine expressed how happy the nuns must be and how she could never share their joy but wished with all her heart she could. It was only an outburst of emotion, but Sr. Marie Francesca said, “Would you like to speak to Reverend Mother [about entering]?” The Lord then removed all obstacles and Germaine entered the community on June 12th, 1896.

Germaine set about living the life with intensity, but intensity that lasted. Sometimes in tears, she would even beg her Novice Mistress to correct her. She paid attention to all the details and brought comfort and consolation to the community. With joy they received her for investiture in the Poor Clare habit on November 21st, when she became Sister Marie Celine of the Presentation. When visiting with friends after the ceremony, she suddenly felt sick, but attributed it to mere exhaustion. Unfortunately, her condition quickly worsened and she was diagnosed with terminal tuberculosis. She was 19 years old.

Probably due to the gravity of her condition, the nuns allowed her to stay and receive treatment instead of returning home. This was a great joy to Sister Celine as she prepared to meet her Bridegroom. However, it didn’t entirely ease the pain of transitioning to eternity. She was confined to the infirmary, and initially she could barely stomach anything, while later on she could take nothing at all. It grieved her that she would be leaving her religious community where she was truly happy for the first time in her life. Temptations assaulted her, and she would often ask sisters to stay with her awhile because, she said, “I am afraid.”

The Church allows novices to make their religious profession if death is imminent, and Sister Celine was granted this great grace. The sisters made a beautiful makeshift altar in the infirmary with fresh flowers and sang a hymn from her First Communion Mass. Sister made her vows and received  Anointing of the Sick. Ten days later, she told her Abbess and Mistress, “It is truly hard to leave you,” but then kissed her crucifix with holy surrender and fell silent. Shortly afterward, she passed away.

Although Sister Celine would have been delighted to stay in the community longer, it was long enough for the community to be forever touched by her sanctity and for her virtue to be perfected. Since her death numerous favors have occurred through her intercession, especially help in overcoming obstacles to religious vocations and leg problems. A booklet detailing such graces records favors from all over the world, even from places like Milwaukee and Chicago. Some also report smelling flowers when they pray to her, like St. Therese. On September 16th, 2007, Pope Benedict XVI beatified her.

Blessed Marie Celine of the Presentation.