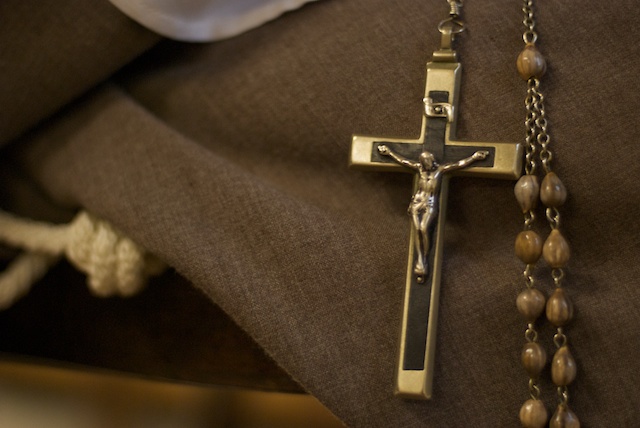 Venerable Veronica von Elmendorff
Born: June 16, 1845, Oldenburg Germany
Died: 1904, Chicago, Illinois
Known for: Founding the first Poor Clare Colettine community in the United States
Fun Fact: Her funeral Mass was offered by Bishop Peter Muldoon, who would later become the first bishop of the Rockford Diocese!  It was also he who requested the Poor Clares of Cleveland (Mother Veronica’s first foundation) to found our monastery in Rockford, which is thriving to this day. 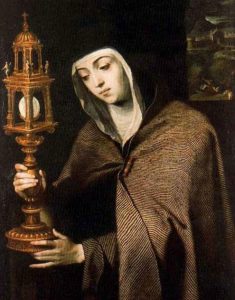 1890 will not soon be forgotten by the historically-minded people of Chicago: this was the year of Columbian Exposition, the World’s Fair.  Massive structures were erected to house the numerous exhibits and attractions, and many remnants of this great event survive in the area: many parts of Navy Pier in Chicago, for instance, and even a Viking Shop replica that crossed the Atlantic for the occasion!  But as the world’s eyes were captivated by the dazzling spectacles and promises of this event, a handful of unassuming Poor Clares entered the city, founding the first Colettine monastery in Illinois.  Their coming didn’t catch the notice of most, but their spiritual influence and hidden life of prayer and joyful sacrifice has certainly brought many blessings down upon the people of Northern Illinois.

The leader of this little group was the Baroness Mary von Elmendorff (known as Veronica in religious life).  Se was born into an affluent German family in Eldenburg, the eldest of 8.  The Catholic faith was well fostered in her childhood home, and her mother’s holy death when Mary was 11 made a deep impression on the young girl.  After this she moved in with her grandparents and was educated with her step-aunt Frances, who was actually the same age.  Frances wanted to be a nun, and the two zealously supported each other in little acts of virtue and self-denial.  Sometimes they would go to Mass at the nearby Poor Clare monastery, and this is where Mary first thought to join that ancient order.  After a stay at a boarding school, run by religious sisters who thought highly of her, Mary returned home to play chess together and happiness reigned.

But God calls when one is happy.  Mary, having made a novena to Our Lady and with the support of her spiritual director, asked her father for permission to join the Poor Clares.  He said he wasn’t opposed but it wouldn’t be possible while he was alive, given the situation at home.  She acquiesced, but death soon struck the household: both her beloved father and a younger brother died unexpectedly.  The rest of her siblings being sent to live with various relatives, and marriage proposals becoming a bother, Mary was ready and finally able to enter the Poor Clares at Dusseldorf, a new community, on Mary 1, 1869.  It wasn’t an easy adjustment – on Mary’s first day she had to squash caterpillars in the garden and it so revolted her that an early biography gingerly states that despite her best efforts “nausea finally overcame her” – but her zeal made up for all of it.  Her new name, Veronica, was given in honor of St. Veronica Guiliani  Sister Veronica would prove worthy of her namesake.

She was often late, and rising for Matins was difficult for her, “But on every occasion [she] manifested her joyous enthusiasm at the thought of being able to sing the praises of God during the night.”  She made resolutions during her retreat before Profession that she firmly kept: to ever follow the Scripture passages, “Lord, what wilt Thou have me to do?” and “My heart is ready, O God, my heart is ready.”

Only a few short years after she made her vows, the dreaded culturkampf began, forcing all religious communities in Germany to disband or be banished.  The Dusseldorf sisters preferred the latter, and left their beloved monastery to seek refuge in Holland.  The small villa they stated in was cramped, they were unable to send for alms (their food was sent from the Dusseldorf extern sisters, who’d been able to remain behind in secular dress renting the monastery and guarding the Blessed Sacrament), and the first monastery they tried to building was destroyed by a tornado.  But with characteristic Franciscan joviality, they accepted it all as coming from the Lord’s hands.

Sister Veronica was recognized as a particularly holy soul and therefore often received challenging responsibilities.  Two years after their exile from Dusseldorf her superiors sent her and a few other across the Atlantic to Cleveland.  There they would form a community with some Italian Poor Clares led by the Ven. Mary Magdalen Bentivoglio.  Sister Veronica would be Novice Mistress.  She encountered many interior difficulties with this decision, not the among these was leaving her spiritual mother and confidante.  But she knew her Eucharistic Lord would meet her in America and together they would press forward.

Relations between the two groups of sisters were amicable and well-intentioned, but some differences of tradition )the Italian sisters weren’t Colettines) and culture couldn’t be overcome.  The community decided to separate peaceful, the German sister staying in Cleveland, the Italians eventually settling in Omaha.  This left Veronica abbess, a difficult office at any time but especially when one is in a strange, often hostile, new world, a typhoid fever epidemic strikes, and one experiences interior desolation.  A brief recall to Holland, initially intended to be permanent, greatly tried her heroic obedience as well (she had grown to accept and love her mission in Ohio.  But the sisters always enjoyed the peace of knowing they were doing God’s will.

Mother Veronica desired to step down from the service of authority to devote herself to a life of more hidden service.  This wish was finally granted at the next community election… only to be overturned b her being appointed as abbess of the new foundation the community was planning in Chicago!  She certainly didn’t have an easy life, but always accepting her superior’s will as the manifestation of God’s will, she successfully brought he new foundation into existence.  She left the fledgling community with all the tenderness of a nurturing mother and devoted herself untiringly to this work of God.  Perhaps she overextended herself, as she suffered a stroke in 1904 from which she never fully recovered.  Interior struggles set in and death approached.  Still her last words, words she had so often repeated during her life, were “Oh, my dearest Jesus, Thy holy will be done!”

The Poor Clare Colettines in the United States owe an unpayable debt to their magnanimous woman for bringing our tradition to this country.  Mother Veronica’s cause has moved to the level of Venerable, and prayers are asked that she be raised to the honors of the altar soon.