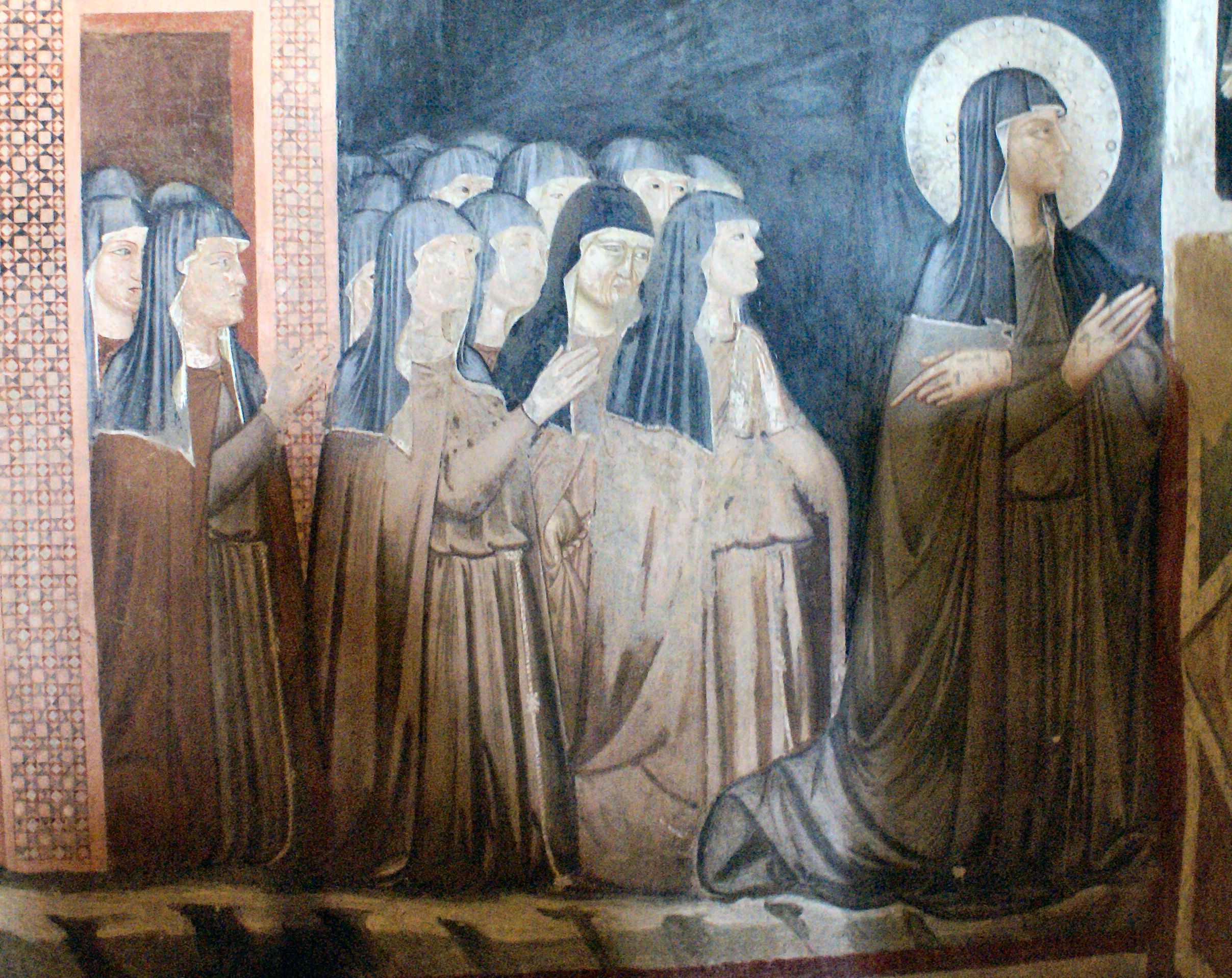 It’s interesting how many Poor Clares come from an affluent and comfortable background: from St. Clare to the present day, many courageous women leave behind the wealth and privileges that are rightfully theirs to embrace the obscure vocation of a cloistered Franciscan. The Holy Spirit seems to appreciate paradoxes like these

One of these women was Bl. Isabel, born into the royal court of her parents King Louis VIII and Blanche of Castile. Back then the only way to really read the Bible and the Church Fathers was to learn Latin: Isabel did so on her own initiative while still quite young. She was also highly accomplished at the art of embroidery. An enterprising spirit: a good sign of a Poor Clare vocation!

Though surrounded by every material luxury, Isabel and her brother, St. Louis IX (who would eventually become the patron of the Franciscan Third Order) both rigorously observed prayer, penance, and almsgiving. Conrad, son of Emperor Frederick II (who tried and failed to win the hand of St. Agnes of Prague, another Poor Clare) wanted to marry Isabel, but she’d already consecrated herself to God. Writing a passionate and persuasive letter to the Pope defending her choice, she was free to follow her vocation.

Not satisfied with a consecrated life in the world, Isabel set about founding a Poor Clare monastery under the patronage of Our Lady of Humility. She entered with many other noblewomen while four nuns from the Rheims monastery came to instruct them. Isabel lived happily and virtuously at this monastery for nine years before her death at age 45. The sisters who surrounded her deathbed claimed to hear angelic hymns when she departed.