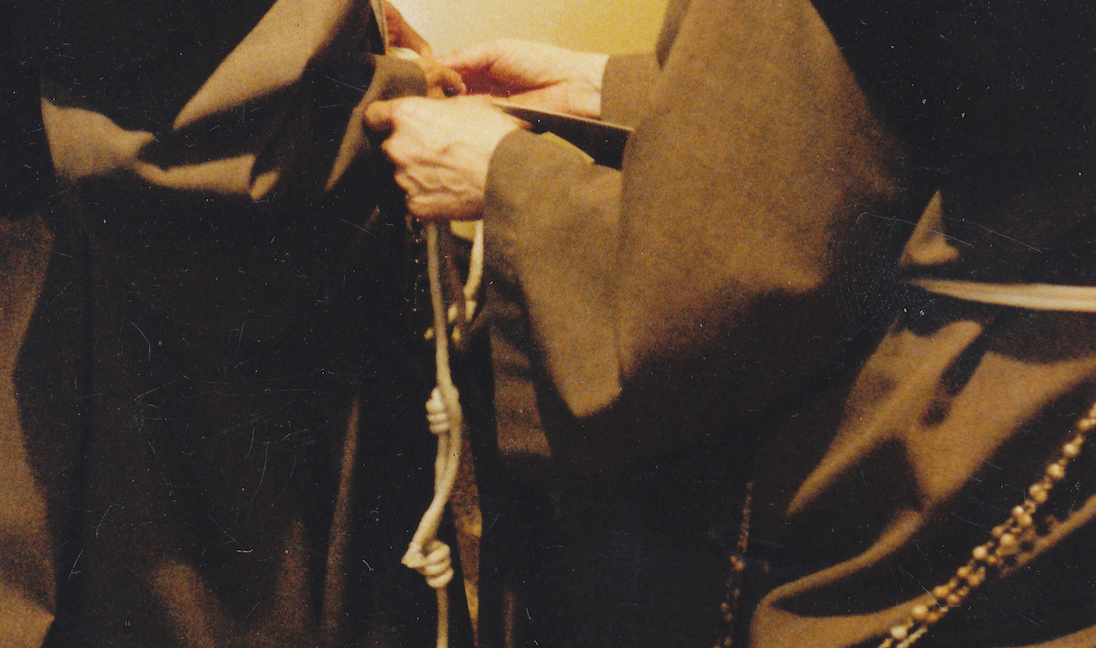 Venerable Maria Diomira Serri
Born: February 23rd, 1708, Genoa, Italy
Died: January 14th, 1768, Fanano, Italy
Fun Fact: The first convent at which she inquired put her on a waiting list for entrance, as they had no more room at the time. However, they said if space didn’t open up soon, they would give her the venerated cell of their recently deceased sister – none other than St. Veronica Guiliani, our Poor Clare Saint of the Month for this past July!

Venerable Diomira, self-described as “by nature somewhat unpolished,” was born Maria Teresa Serri to Swiss parents in Genoa two months early. Though her survival beyond infancy was doubted, she developed into a precocious and mortified child, even fasting from breastmilk once a week to honor the Passion. Violent temptations and scruples assailed her from the ages of 5 to 10. For this whole time, she says, she went to bed crying every night. Yet having received this cross on Good Friday, she was relieved of it on Easter Sunday 5 years later.

At some point, she had a vision (one of many) in which St. Francis revealed her vocation to her to be a Poor Clare. Her mother, however, didn’t want her to enter a cloister while she was alive, and sent her to a Benedictine school to become a lady. There the Benedictines harassed her during prayer, saying, “Pray to St. Benedict that [you may join our order],” to which she’d calmly reply, “I shall pray to that great saint that the will of God may be fulfilled in me.”

After the sudden death of her father, her mother changed her mind and helped her find a monastery. The Capuchin Poor Clares at Citta di Castello had no vacancies, so the mother assumed she’d have Maria Teresa until “the more or less distant future.” However, Maria Teresa didn’t want to wait, and soon enough she received another vision, this time of angels telling her to apply to the Capuchins at Fanano.

Her mother wasn’t thrilled, nor was her brother, who, in Diomira’s words, “declared that he was absolutely against having his sister go and bury herself alive” in a cloister. The devil, too, “joined the campaign against me and harassed me in a thousand ways…. He would knock to the floor anything I happened to have in my hand…. others in the house would often run to me and exclaim, ‘What have you broken now?’” The bread she tried to eat “always had 2 or 3 pins in it, or else great long worms so nauseating that I could not eat any more.”

After receiving Holy Communion one day, Maria Teresa felt incredible pains in her hands, feet, and side: the Stigmata. After acknowledging her unworthiness for so incredible a grace, she begged Our Lord to make them invisible. This noble request was granted. She collapsed on the floor and was bedridden for a time. Undoubtedly shaken by this occurrence, her mother consented to take her to Fanano. On Friday, October 5th, 1730, she entered the community.

Thus began a hard but heroic life hidden behind the enclosure walls. Luckily, she had good novitiate companions: “I was touched and edified to see what love they had for God and how considerate they were of a beginner.” If she fell asleep during the Midnight Office, her Guardian Angel, with whom she had a close relationship, would appear and wake her up.

She possessed tremendous zeal for saving souls, sometimes saying this prayer: “O Lord, do not regard the sins of this soul; consider only the price of thy most precious blood shed to redeem her. Save her, O my God! Have mercy on all poor sinners. Enlighten the blind that they may know their sins. Soften the hardness of their hearts that they may detest them.”

She once said, “The Lord is not satisfied with my giving him my love and service for a few days or on certain occasions, but he requires my continual and faithful perseverance.” She lived this attitude by finding spiritual connections to every task. Carrying firewood, for example, reminded her of Christ bearing his cross. This great lesson she shared with those in formation when she served as Novice Mistress and Abbess.

Known as Diomira (translated as “seeing God”) in religion, she prepared for profession by reflecting on the greatness of being espoused to Christ the King. “Thou art about to give thy hand in mystic union with Him who is thy Creator, thy Redeemer and thy Sanctifier.” On the happy day, she begged the Lord to release all the souls in Purgatory and let them share her joy and blessings. She received a vision of her wish being granted and later said, “I am certain that everyone who has these liberated souls as intercessors will himself be saved.”

In addition to the Stigmata she also received the invisible Crown of Thorns:

This has very aptly served the purpose of keeping my mind from proud and vain thoughts, as I have before me Jesus crowned with sorrow, regarded with opprobrium and overwhelmed with pain…. Here I am stopped by tears, more of the heart than in my eyes, at the consideration of what the numberless arrogant, impure, hateful and worldly thoughts, which so many people carelessly harbor in their minds, have cost my Jesus. Such persons do not realize that by these acts of the mind they crown Our Lord anew with thorns.

She was also known for her powerful intercession for those struggling with infertility, breastfeeding, and other such things. After a life of self-sacrifice and suffering, including chronic intestinal problems, unruly sisters, and false accusations, she died at age 60 of pericarditis on January 14th, 1768. As she lay dying, she said, “Oh, how I bless the few labors I have suffered for the love of my Jesus!” When asked whether people would venerate her after death and what she could tell about the visions of Jesus and heaven she already beheld, she said, “They shall see.”

Scripture says a good tree is known by its fruits. After Ven. Diomira passed away, the stigmata became visible on her body, a testimony to her valiant life. Her remains were indeed venerated by the faithful and many cures, among them pertaining to difficulties in giving birth and chronic back pain, were attributed to her intercession.