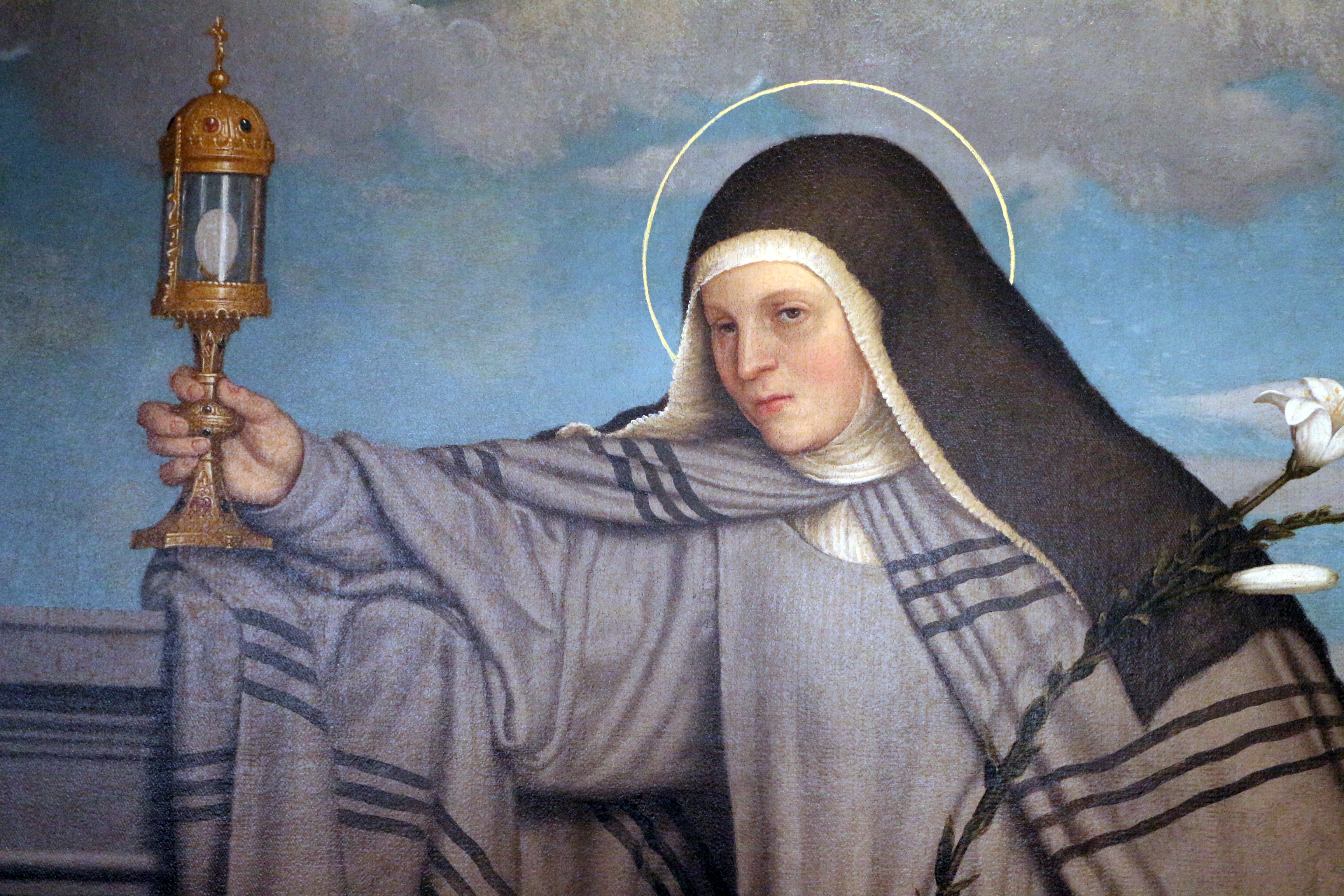 Blessed Josephine Leroux
Feast Day: October 23rd
Born: c. 1745, France
Died: October 23rd, 1794, Valenciennes, France
Known for: being a martyr in the Reign of Terror
Fun Fact: she served tea to the officers who came to arrest her and lead her to death! 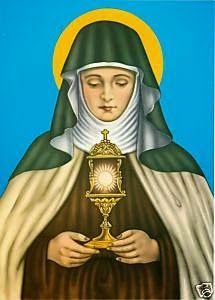 Many Catholics are familiar with the Martyrs of Compiegne: the heroic Carmelite nuns who sang “Laudate Dominum” as they mounted the scaffold one by one to be guillotined rather than renounce their faith and way of life. Few know, however, of Blessed Josephine Leroux, a French Poor Clare who died a similar death, though severed from her community. To follow the Poor Christ often means to follow him alone, even apart from those originally chosen as companions in the way of Franciscan contemplation. Blessed Josephine experienced this, yet through it her God was glorified.

Josephine was born about 1745, joined the Poor Clares at Valenciennes at age twenty-two, and professed vows in 1770.  In 1789 the French Revolution broke out, with disastrous consequences for the Church and for society. All religious communities in the nation were prevented from living their fraternal life in community. The Poor Clares at Valenciennes were dispersed, and the monastery was destroyed in 1792. Poor Clare life is highly oriented around fraternal charity and the common life of prayer and penance. It is a great tragedy, therefore, when the members of a community are separated long-term. Blessed Josephine now found herself with no community, so she returned to her family home. When the Austrians gained control of the city, Josephine took the opportunity to try to live more like she had in the monastery by taking refuge in the local Ursuline convent, where she had a biological sister. Unfortunately, the revolutionaries regained control of the city, and Josephine was arrested for resuming her religious life which they considered treason and was condemned to death. She must have had an unshakable confidence in God, however, because she met her captors with the remark, “It was hardly necessary to make so much ado for the purpose of trying to take a weak woman captive!” and made them tea before being escorted to prison.

October 23rd, 1794 was the day set for her execution. Josephine, accompanied by her biological sister, Sister Mary Scholastic, and a few companions (though no one from her own community), sang hymns on the way to the scaffold. Rejoicing at how fortunate she was to die for Christ, she kissed the hand of the executioner and forgave everyone involved in her unjust death. These were her last acts before they beheaded her. Pope Benedict XV beatified her, and hopefully she will be raised to the honors of the altar soon. Blessed Josephine Leroux, obtain for us the magnanimous charity to forgive our enemies and to live and die joyfully for Christ, even if we are deprived of all human support!